Nearly 3 years spent studying their DNA and I begin to really like these little guys. 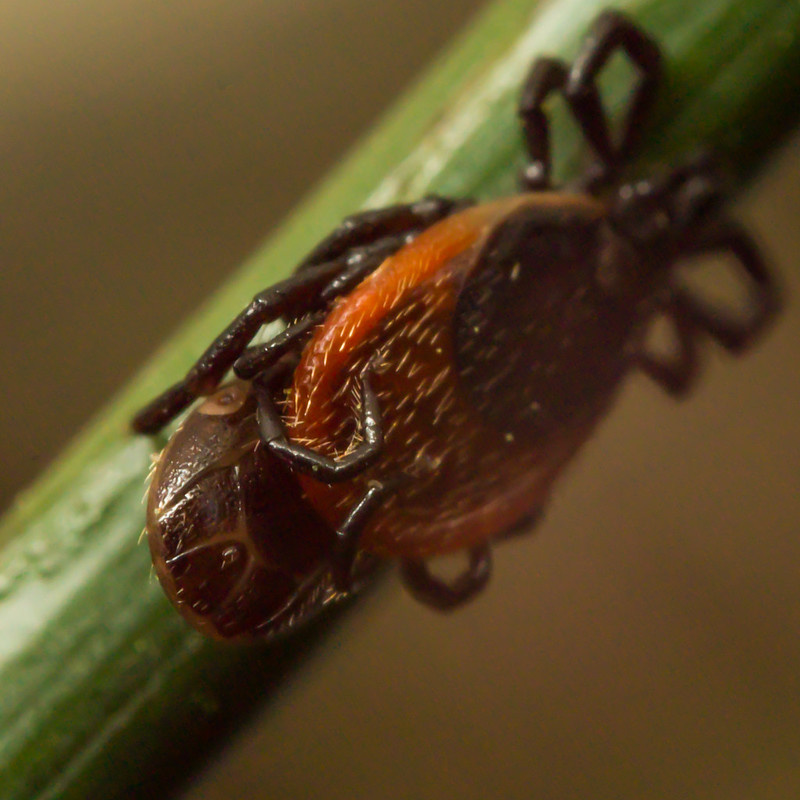 Hard ticks have to take a long blood meal before molting (metamorphosis from larvae to nymph, and from nymph to adult). Females need an extra (very long) blood meal – which last several days – in order to prepare the egg production. But sex (or more precisely mating) occurs before and/or during the blood meal (which is actually funny from my human point of view). After leaving the host, females will layed more than a thousand of eggs; which represents more than the mass of the tick before feeding.

For the rest of their life, ticks spend most of their time doing… well… I don’t know. Maybe waiting for an host, metabolizing blood, staying away from desiccation, finding the best spot to catch a bloody tetrapod ? 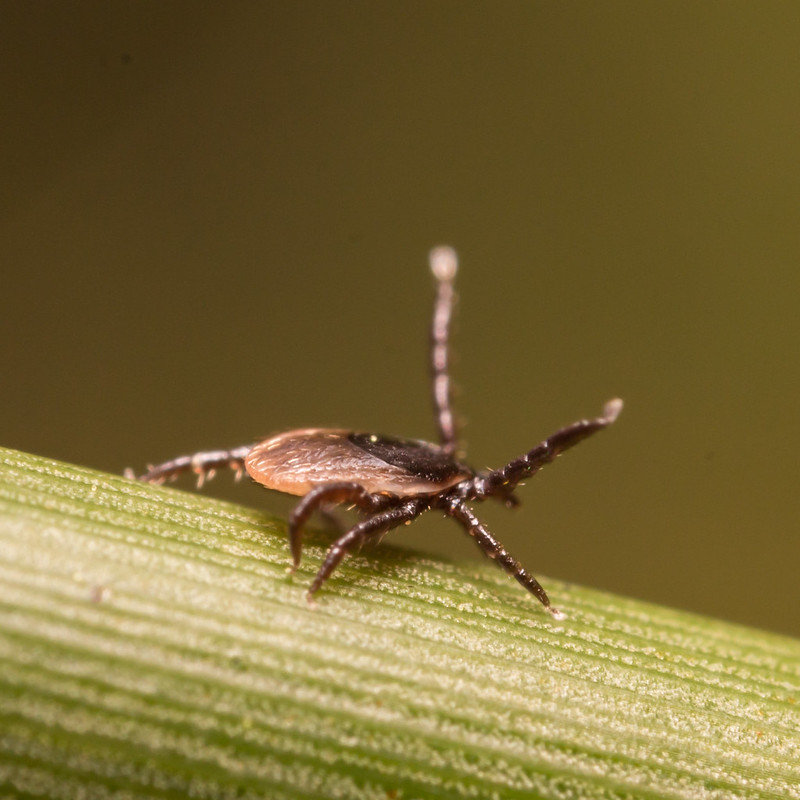 Not much is known about their abilities to detect the presence of the desired host. Some particular organs are present at the last segment of their frontal legs. They could help ticks to do the job. Described for the first time by G. Haller in 1881, this authors initially thought it was an organ of hearing due to the similarity with auditory organs of many crustacea. You should read the note writtten in 1907 by G.H.F. Nuttal, W.F. Cooper and L.E. Robinson, there is some nice planche describing the anatomy (doi:10.1017/S0031182000003486) and a recent advance in the understanding of this organ by Carr et al., 2017(doi:10.3390/ijms18071563). 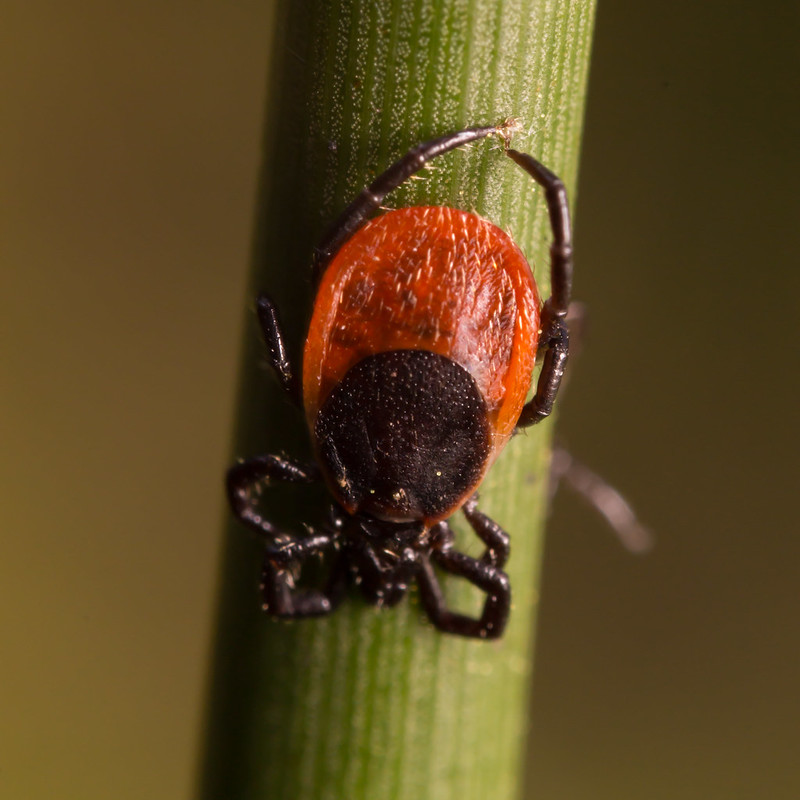 Some tick species are running around, actively hunting, looking for a host to feed on, such as Amblyomma and Hyalomma species.

But I. ricinus is more like a « proactive waiter » species. By proactive, I mean that they have to climb on a platform like a grass stem… and then, wait ! One can question if their ability to choose the right place to wait is not the result of an active strategy ? For this reason, we say that I. ricinus is « questing » which have a definitely more active meaning that « waiting ». But compared to some Hyalomma species running around – literally hunting,  it is still a « wait and see » strategy.
Some others tick species seam even less proactive, living near or inside the nest of their host, feeding whenever they like – we say that they are nidicolous. Different tick species, different strategies. Ticks are awesome ! There is a nice review/opinion paper in Experimental and Applied Acarology by Igor Uspensky in 2002.
doi: 10.1023/A:1025303811856

Hope you enjoyed my enthusiasm about ticks. They can definitely transmit pathogens but can also be seen as a beautiful form of life !

These article is a combination of three Instagram posts:


Deprecated: Directive 'allow_url_include' is deprecated in Unknown on line 0